CAA Monthly Lecture: The Outer Planets- Archetypes of Revolution, by Lionel Snell, 27 May 2018

For centuries humanity lived with ten great astrological archetypes, and then along came Uranus, Neptune and Pluto. To what extent were these truly new, or just a ‘higher octave’ or a remixing of old themes? If new, what historical changes did they encapsulate? We now seem to be caught in a political pattern shaped by three new “demons” – what can these planets teach us? What is the relevance to SA today? And what might Chiron have to offer? This exploration is based on my 6-week on-line course for Arcanorium Department of Experimental Metaphysics in 2011. It was inspired by a Peter Dirk Uys show. 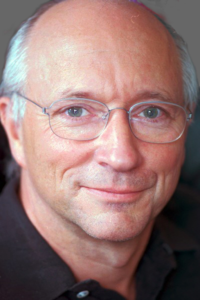 Lionel is not a professional astrologer, though he has been interested in it since the 1960s. In the 1970s he worked with Ronald C Davison and attended Astrological Association meetings in London, and talks by Liz Greene, Howard Sasportas, John Addey and others. In the 1980s he worked with Charles Harvey. In 2005 he and his wife Lynn moved to SA and Simon’s Town.

He is a freelance technical PR and ghostwriter for IT and communications companies, and is pretty good at making complex ideas digestible. But he gets a lot more fun from writing about topics around magic, the occult and new paradigms. In the 1970s he was the first person to argue that our universe might be a virtual reality, and his most recent book proposes that magical thinking is more a post-scientific evolution than a regression. He is best known for his seminal contribution to the Chaos Magick current, for being among the few to have completed the Abramelin operation, and for a respected YouTube channel under the pen-name Ramsey Dukes. He has aged a bit since the photo he provided: reason enough not to update it.