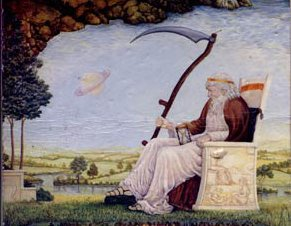 In this lecture by Margarite Celeste the focus will be on the cycles of Saturn, but she will also touch on other important, age related life cycles. It will be an interactive talk in which attendees will are requested to bring along their birth charts to understand when & how their cycles will play out. This workshop is suitable for individuals who have some knowledge of Astrology already, as well as beginners who wish to go deeper.

Margarita Celeste is a third year student of Rod Suskin. As a teenager, the first book she ever picked up on Astrology was written by Linda Goodman, and from there, she was hooked.  Margarita pursued informal studies under her uncle, Vedic Astrologer, Robert Rittel in 2010, and then decided to formalise them with Rod Suskin in 2013.
The most important lesson she has taken from Astrology over the years has been that life is cyclical – from birth to death and rebirth, there is an ordered pattern to events, with particular regard to the age we are. She has found this infinitely comforting, and has witnessed the peace it brings to others, knowing there is a beginning as well as an end to all experiences. She has delved deep into important cycles such as the Saturn Return, and has been published here : http://www.elephantjournal.com/2015/07/saturn-bloody-saturn-a-guide-for-navigating-your-saturn-return. She also writes the monthly horoscopes for Odyssey Magazine under the guidance of Dianne Garvin.
Should you wish to have your birth chart cast for you, please email her at pearlheavenly@gmail.com by no later than Wednesday 26 August.